CY Leung: I'm very optimistic about the future of Hong Kong. Now that we are able to sort of set aside the toxic politics that preyed on Hong Kong’s development. Let figures speak for themselves, what Hong Kong has accomplished in the last 25 years.

Our life expectancy in Hong Kong is about 3 or 4 years longer than the UK’s.

Number of hospital beds per thousand population in Hong Kong is about doubled that of the UK. We have much better medical and health care in Hong Kong than the UK can offer their own people. And we have been able to spend more than double the amount of expenditure than we used to spend in 1997 on very important, crucial policy areas such as education, health care, welfare, looking after the elderly and so on.

Hong Kong has been doing better after the handover?

So, I don’t think we should be apologetic and definitely we should be defensive. Let’s put the UK on the defensive for a change, and let them explain why they had fallen behind Hong Kong in the last 25 years?

And if you look at the recent announcement, the opening of the Elizabeth Line in the UK which is sort of a great excitement in the country. In fact, it’s managed by the Hong Kong MTR Corporation. Now the MTR Corporation today, its staff nearly entirely are Hong Kong Chinese. 25 years ago, it was essentially run by the British. So in those 25 years, we have developed so much that we are now managing their railway.

Hong Kong, an economic city or a political city? What was the original intent of the Basic Law?

CY Leung: “One Country, Two Systems, Hong Kong people ruling Hong Kong, with the high degree of autonomy”, since the promulgation of Basic Law in 1990 is no longer a concept. It’s been fleshed out, enshrined in 160 rather detailed articles in a legal document, detailing the political structure, our relationship with the Central Authorities, how we should run the economy, and the rights and responsibilities of HK people, etc.

So when people say that China is turning its back on One Country, Two Systems, I would challenge these people to actually point out which article in the Basic Law is he or she talking about?

It is important to remember that Hong Kong after all is an economic city. The original intent of the content of the Basic Law are entirely keeping with the public opinion during the time when we drafted the Basic Law. We came up with two drafts, the first in 1988 and the second in 1989, and the final document was promulgated in 1990.

I was Secretary General of the Basic Law Consultative Committee at that time, and we ran, up to this moment, the two most extensive public consultation campaigns, one in 1988 and the other 1989. We compiled voluminous reports for the information of the public, and for the Drafting Committee of the Basic Law in Beijing.

‘Secondly, once the Basic Law is promulgated, you shouldn't change it. Otherwise, no one will have any confidence in the Basic Law. And there's no meaning in the consultation drafting process. So keep it unchanged.’

Thirdly, people said, ‘young man, Hong Kong is an economic city, we came from the Mainland to Hong Kong or parents did to stay away from politics. If we want politics, then we wouldn't have come to Hong Kong in the first place. We ‘re here for better living standards, for lifestyle and so on, which is what the Basic Law set out to keep, so that Hong Kong social system and the lifestyle would remain unchanged.’

So people said come the 1st of July, 1997, we change a flag, and there will be a new government. What money do we use to buy our first breakfast in the newly established SAR? It’s in the Basic Law too. So these were the things that were on the mind of the people, not democracy.

But suddenly say: Ah, the people in Hong Kong, particularly the younger generation in Hong Kong want to have their style of democracy, and they are taking up the streets in Central, and therefore let's give it to them. That's not the original deal.

And then the Basic Law goes on to say that if one day we have universal suffrage as a mean of electing the Chief Executive-Eelect, then before such election, you need nomination of candidates by a nominating committee, not civic nomination as our young people a few years ago, were misled into believing.  It’s actually nominating committee is in the Basic Law black and white, not civic nomination. And then after the nomination process, after election process, the elected candidate still has to be appointed by the Central People’s Government, and it’s substantive appointment. Through this appointment and on the basis of election held in Hong Kong, the Central Government confers additional power, much more than the electorate in a local election can confer on mandate the elected candidate.

Going forward, what should be done to sustain continuous development of Hong Kong?

CY Leung: I recommend to people in Hong Kong whether they are local Chinese, or our expatriate friends from different parts of the world to study the speech given by President Xi on the 12th of November 2018 when he received a delegation from Hong Kong and Macau to celebrate 40 years of very successful “opening up” and reform of the Country.  Having reviewed the six very useful functions that Hong Kong Macau performed in those 40 years, he went on and expressed four hopes for Hong Kong and Macau going forward, essentially asking Hong Kong,  Macau to more proactively going forward to assist the Country in complete opening up, to integrate into the overall development of the Country, to assist in the practice of governance in the Country, and also to foster international exchange on the humanitarian, humanity level.

So in the eyes of none other than President Xi, and I'm sure he speaks for the entire country whether the Central Authorities or the provincial local authorities, Hong Kong is useful. Hong Kong should be able to participate more proactively on the national level, and on the international level.

Hong Kong has done very well in the last 25 years because our economy has done relatively better than countries like the UK.  And therefore, as I said, the HKSAR Government in the last 25 years has been able to double expenditure in areas such as education, welfare, and medical and health care.

What should Hong Kong people do to restart Hong Kong?

CY Leung: The fist fights in Legco. There were movements to cast the Central Authorities aside. There were moves to drive a wedge between China and countries such as America. People trotting up to Washington D.C. asking the American government to sanction China and Hong Kong.

Now these toxic politics have gone. We should focus more on developing a robust economy, riding on the growth of the Mainland economies, riding on the Belt and Road Initiative, riding on the Greater Bay Area development and so on, so that everyone from young people to their families, to the government have more resources to uplift living standards of the people, and to deal with the longstanding problems such as housing, elderly care, medical care, education, and so on.

Feel confident, feel optimistic, don’t be defensive, and charge forward. The next 25, 50 years will be even better than the last 25 years. 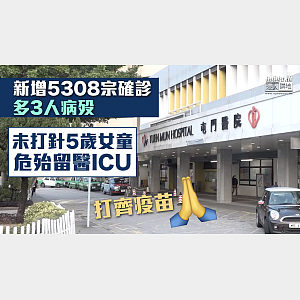 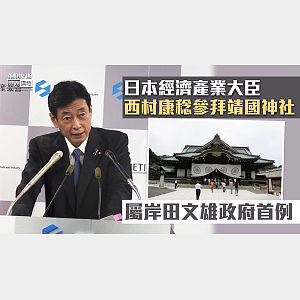 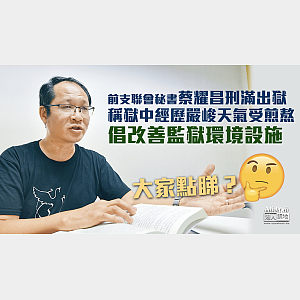 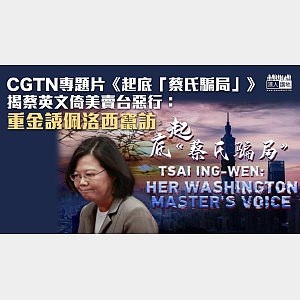 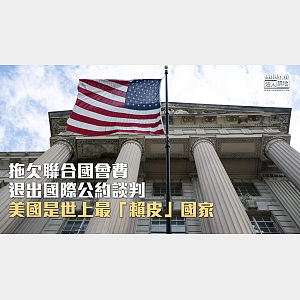 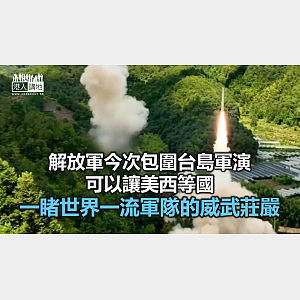 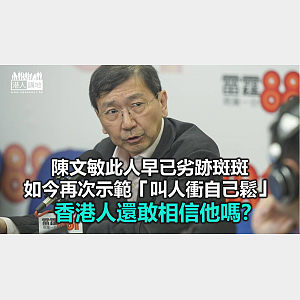 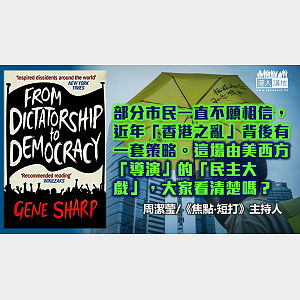 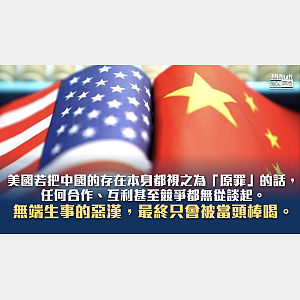 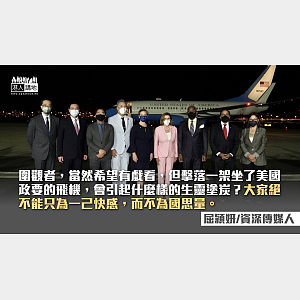 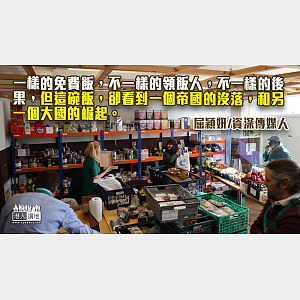 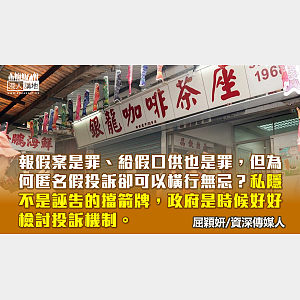 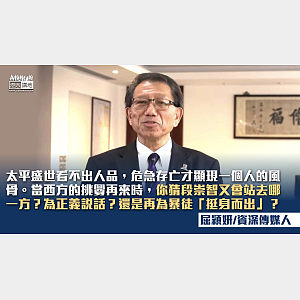 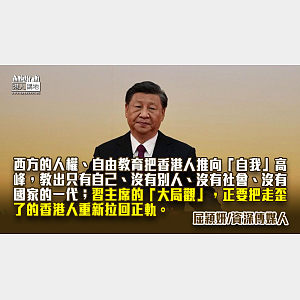 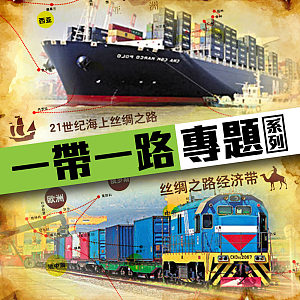 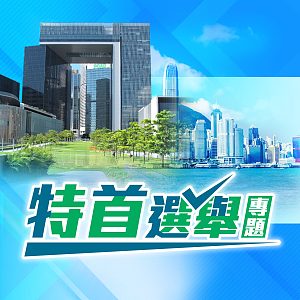 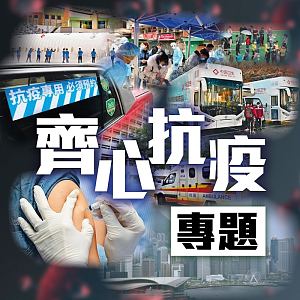